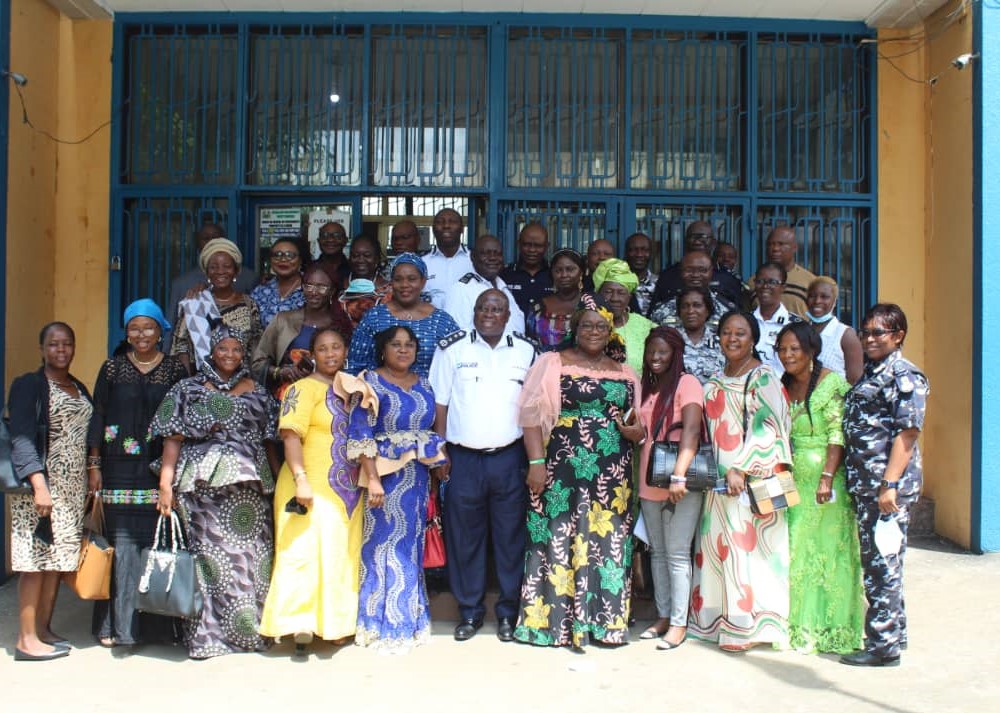 In line with the United Nations Resolution 1325 which advocates for the domestication and adoption of female empowerment in peace, security good governance and other related areas, the president of the Female Parliamentary Caucus in the Sierra Leone Parliament, Hon. Dr. Veronica Kadie Sesay, emphasized the need and necessity for the inclusion of the 30% for women in leadership and strategic areas citing Rwanda as an example with 60% female representation in Parliament.

She appeals to the Inspector General of Police for an increase percentage of women in areas of recruitment, promotion, training and leadership positions in the rank and file of the SL

She concluded by saying “we will be travelling to the provinces to cascade the same message and we would appreciate more female participation on gender issues in the SLP”.

In a very pleasant and steadfast mood, the Inspector General of the SLP, Dr. Ambrose Michael Sovula welcomed the membership of the Female Parliamentary Caucus and applauded them for what he called “a brilliant initiative”.

The IG was very pleased to tell the delegation that the SLP considers female empowerment and capacity building very seriously and it is core in the SLP’s strategies.

Dr. Sovula made reference to the newly promoted superior Police officers in which female are part of. He was quick to say that “more female police officers will be promoted in upcoming promotion in the SLP.

With confidence and authority, the IG made a classic reference\example to the Deputy Inspection General of Police (DIG), Elizabeth Augusta Turay that she is up to the task and has leadership experience “which was why she was able to spare head the mantle of leadership whilst I was out to Nigeria” he emphasize d.

Dr. Ambrose M. Sovula concluded by assuring the delegation that the SLP will continue to respect and place woman in strategic leadership positions.