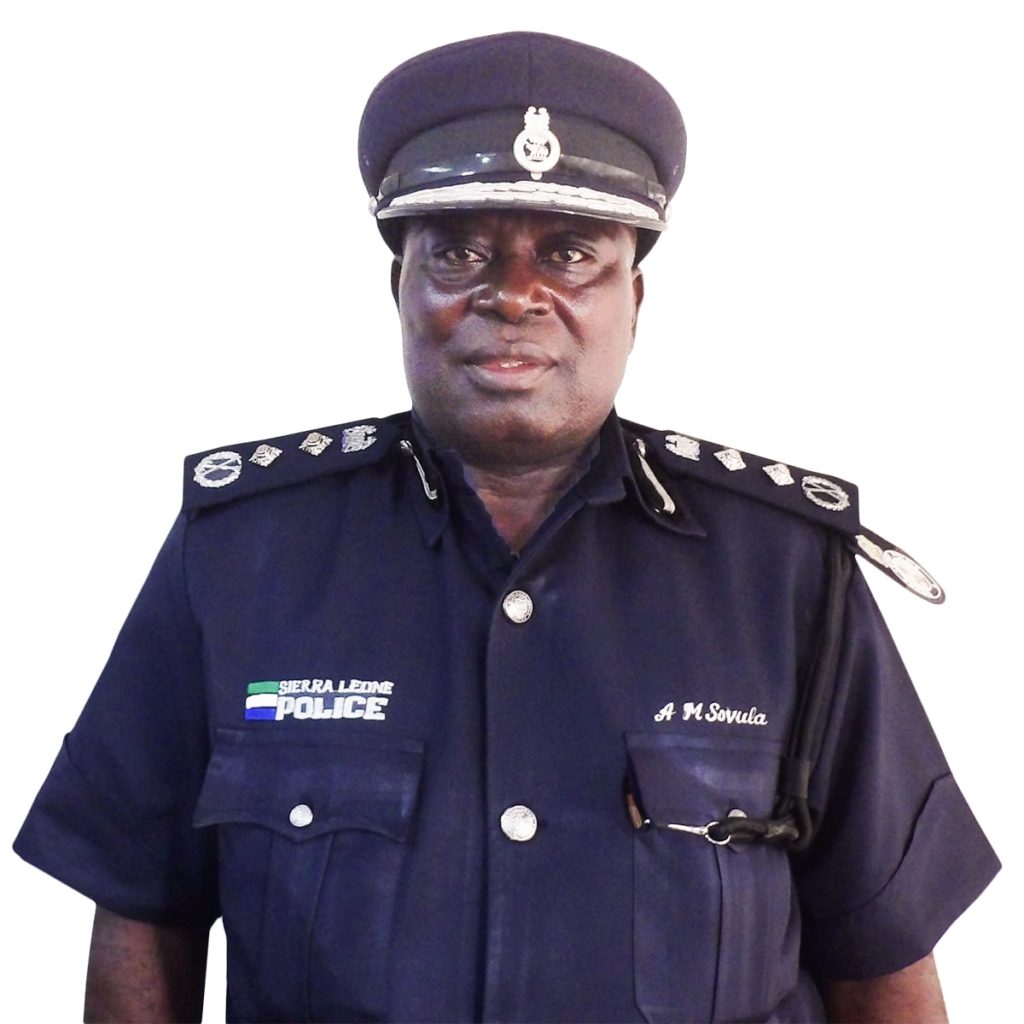 I am immensely privileged to have been appointed as the Inspector General of the Sierra Leone Police. Glory be to God. It is an honour as well a pleasure to work closely with the Executive Management Board and the rank-and- file of the police – both men and women.

However, it is an even greater privilege to listen to the views of all of you and the general public who are our clients and to be able to act on their behalf so that we can together fight the battle against crime, general lawlessness, and indiscipline in our beloved country.

The Sierra Leone Police has no doubt come a long way with tremendous support from the Government of Sierra Leone and International partners – all in an effort directed towards capacitating the Force to adequately handle internal security.

As national security has come to be viewed as an important ingredient and a necessary precondition for development, we must know that the SLP has a greater role to play to achieving a peaceful society. There is therefore no denying the fact that the level of development in any nation is precipitated on the measure of peace and security they enjoy.

The Sierra Leone Police in its drive towards professionalism has been branded as a ‘’Force for Good’’ which has already raised expectations of the people of Sierra Leone who wait to see if the Force can live up to its new name.

The Sierra Leone Police under my command as its Inspector General is determined to regain public confidence and relevance in the New Direction Agenda of His Excellency the President Brigadier (Rtd) Dr. Julius Maada Bio.

All of us can honestly accept that in recent times our Police Force has suffered a massive decline in public confidence of our service delivery. Therefore, against this difficult backdrop, our collective challenge is on how to provide an excellent and improved service delivery for the citizens of this country.

I have a desire to uplift the Force from its current abysmal status to one of envy. But would that stop me from being real? The answer is, no! I owe a duty to God Almighty, the nation and my conscience to be realistic. In spite of the challenges I inherited, I am confident that with collective responsibility in partnership with our local communities’ and the established Police Partnership Boards nationwide, we can mobilize our efforts to restore Public Confidence in the Police.

On this note, I want to express my profound thanks and appreciation to you all for your selfless service to the nation under difficult circumstances and to assert that my focus will be primarily on the Work Force as it is the most important asset for Organizational Development.

I have realized that the general morale within the Force has been greatly dampened for obvious reasons.

In furtherance of this objective, I am certain that with the support of the entire Executive Management Board of the Police, we shall collectively endeavor to create conducive working environments for all Police Officers. This is geared towards imbibing professionalism in their respective policing tasks.

Priorities will be given to addressing the welfare needs of serving personnel i.e. to lobby Government for improved conditions of service across the Force, improved Medicare services, improved accommodation facility as 80% of personnel are not accommodated in barracks, improved transportation for conveying personnel to and from work, adequate uniform supplies for personnel, regular Rice Supply through Ministry of Finance, improved recreational facilities, appropriate shift systems with day off, leaves, among others.

Over and above that, emphasis will be directed at ensuring that discipline within the Force is observed and maintained at the highest level force wide.