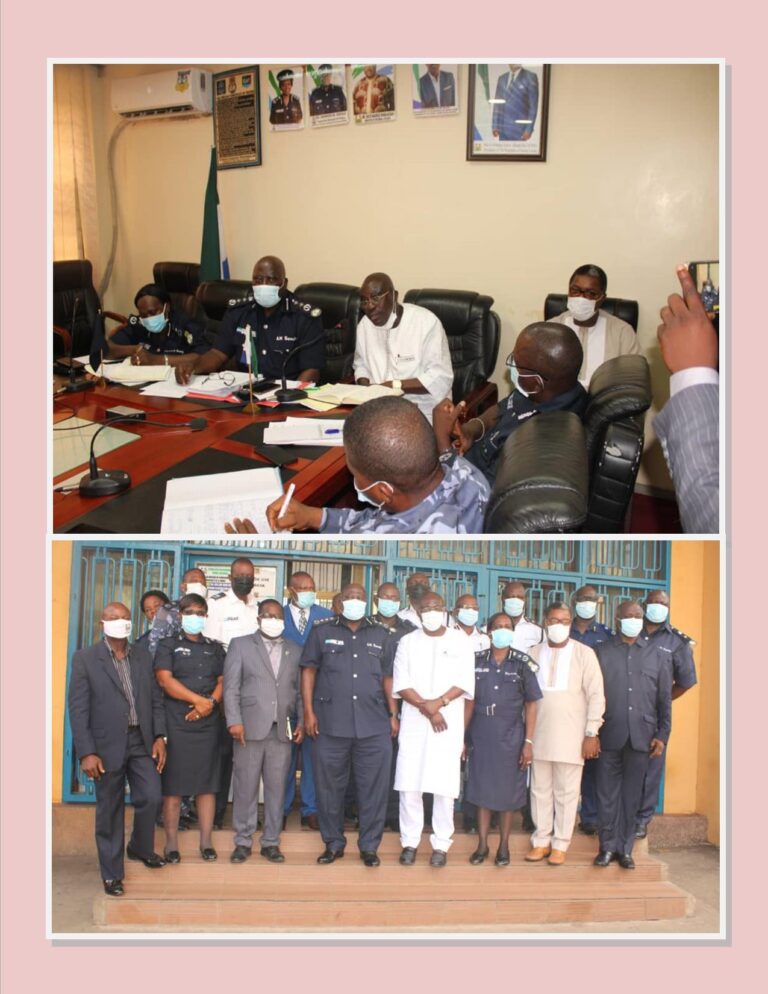 It is an open secret that lawlessness, indiscipline and public disorder are in the increase especially in the capital city Freetown where some people feel they are at liberty to do whatever reckless and lawless act with impunity.

It is against this backdrop that the Chief Minister met with the Top Brass of the SLP (the Executive Management Board) on Wednesday 30th June 2021 at Police Headquarters in Freetown to seriously discuss the issues of public disorder, lawlessness and indiscipline in the country.

Addressing the Executive Management Board, Chief Minister Jacob Jusu Saffa intimated the Police leadership of Government’s concern over what he described as public disorder and lawlessness within the city and country at large. “Our Government strongly believes in the principle of discipline and the rule of law”, the Chief Minister stated.

He cited unnecessary traffic congestion in the city due to lawlessness and rampant street trading, abandoned vehicles in the streets and garages almost everywhere among others in places like Babadorie, Lumley, Wilberforce bottom mango,  55 Waterloo, Ogu Farm Goderich, Sani Abacha street, Lumley street, Goderich street, PZ, Wilberforce street among others.

The Chief Minister urged the police to take the responsibility of fighting against disorderly behaviors by people he refers to as “being in the minority, stating that decent citizens out there want to see law and order reigns”.

The culture of orders from above he said must be a thing of the past. “Just do your work professionally as the police has only one order from above who is the IGP” he emphasized.

Chief Minister also urged the Police EMB to uphold its core function, be professional, remain apolitical and be a proactive force. Incidence of public disorder should require proactive response from the Police without necessarily waiting for instructions from government.

He showed appreciation to HE the president, the Chief Minister and the government for the support the police has been receiving from the government especially in the area of salary enhancement.  IG Sovula assured the Chief Minister that the Police EMB will initiate immediate action on the Special Task Force Unit for Public disorder together with a robust strategy to address issues of indiscipline nationwide.

All the AIGs and commanders who spoke at the meeting pledged their professional support to uphold the core priorities of government without undermining their integrity.