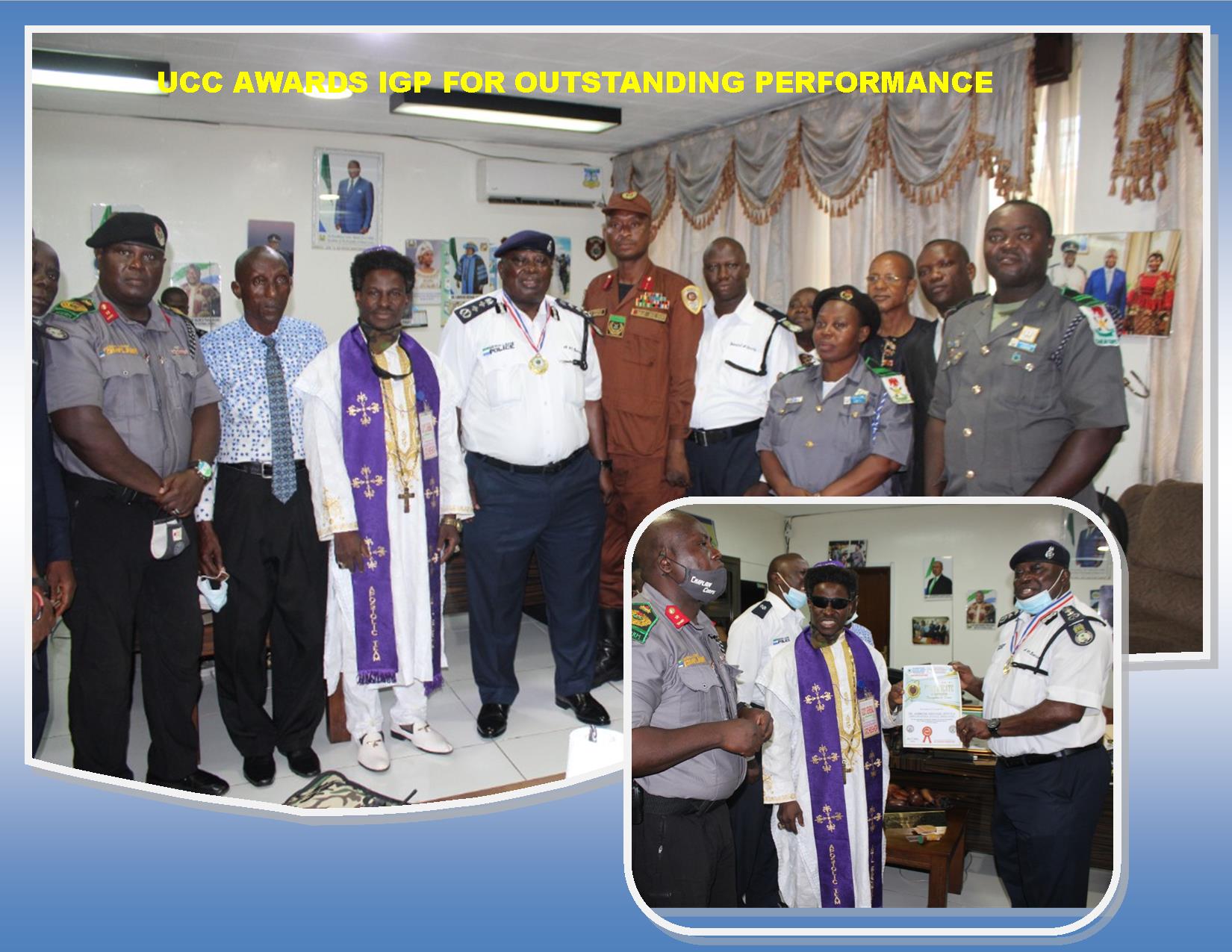 An award for outstanding performance and dedication to duty was on October 7, 2021, awarded to the Inspector General of the Sierra Leone Police (IGP) – Dr. Ambrose Michael Sovula.

According to the Corps’ Deputy Commander General who is based in Nigeria, his organisation decided to award the IGP in appreciation of his gallantry, hard work, commitment, dedication; and patriotism in serving the nation, and for also providing the required internal security for the safety of the people of Sierra Leone.

He affirmed that having vividly browsed through the profiles of previous Inspectors General of Police in Sierra Leone, Dr. Ambrose Michael Sovula stood out to be one of the most spiritually led leaders.

“We want you to continue in that track. We know you are one of those appointed by God”, the Commander opined.

Dr. Sovula was quite overwhelmed having received such an award from an international religious organisation.

He used the occasion to share his spiritual experiences with the team and joked that Police Officers do make physical arrest, and that they should also be capable of arresting offenders in the spiritual realm.

In concluding, the IGP advised that as a nation, we must always embark on prayers; hence he had titled his policing leadership as “PRAYER LED POLICING”.

The IGP assured that he would continue to receive all religious awards in good faith as the word of God proclaims.

He vowed to take advantage of such awards to spread the gospel within the Sierra Leone Police, so as to religiously transform the minds of the people.

UNDERSTANDING SOME PROCESSES OF THE COURTS