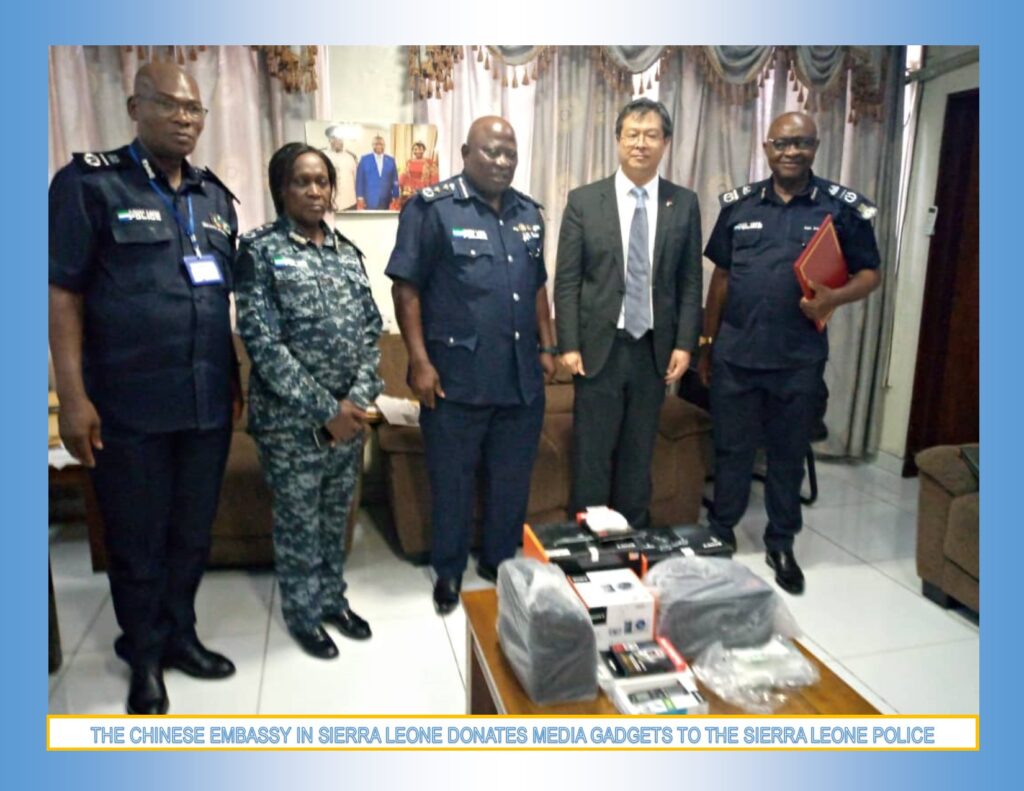 On that note, the Department operational efficiency depends largely on the availability of gadgets and equipment to execute its functions. And this speaks volumes if the required gadgets are of advanced technology.

Being the Inspector General of Police, Mr. Ambrose Michael Sovula and his Executive Management Board (EMB) are desirous of seeing the Department functions at maximum capacity.

It is to be noted that two months back, the Inspector General, on behalf of the organization and the Media Department, made a request to the Chinese Embassy in Freetown for media equipment and gadgets.

The Embassy, seeing the paramount importance of the request, decided to action it to fruition.

Based on the above, on today’s date (12th July 2022), at 1000 hours, at the George Street Office of the Inspector General of Police, the IGP received in audience a representative of the Chinese Embassy in Freetown.

Under a certificate of acknowledgement, the representative from the Chinese Embassy, Mr. Li Xiaoyong, handed over the following items donated by the Embassy of the People’s Republic of China, through her Embassy in Sierra Leone, as part of support to the Media Department.

For ease of reference, the following items were donated to the SLP:

Receiving the donated items on behalf of the Sierra Leone Police and by extension the Police Media Department, the Inspector General of Police, Mr. Ambrose Michael Sovula thanked the Chinese Embassy and the People’s Republic of China, for such an important gesture, which seeks to improve the operational efficiency of the SLP Media Department, for the benefits of the People of Sierra Leone.

The Inspector General further said that the donated items will be judiciously used for the intended purpose of delivering effective service.

Climaxing the handing over ceremony was the signing of partnership agreement and taking of photographs.