SLP REMAIN THE ONLY INSTITUTION WITH DISCIPLINARY REGULATIONS. 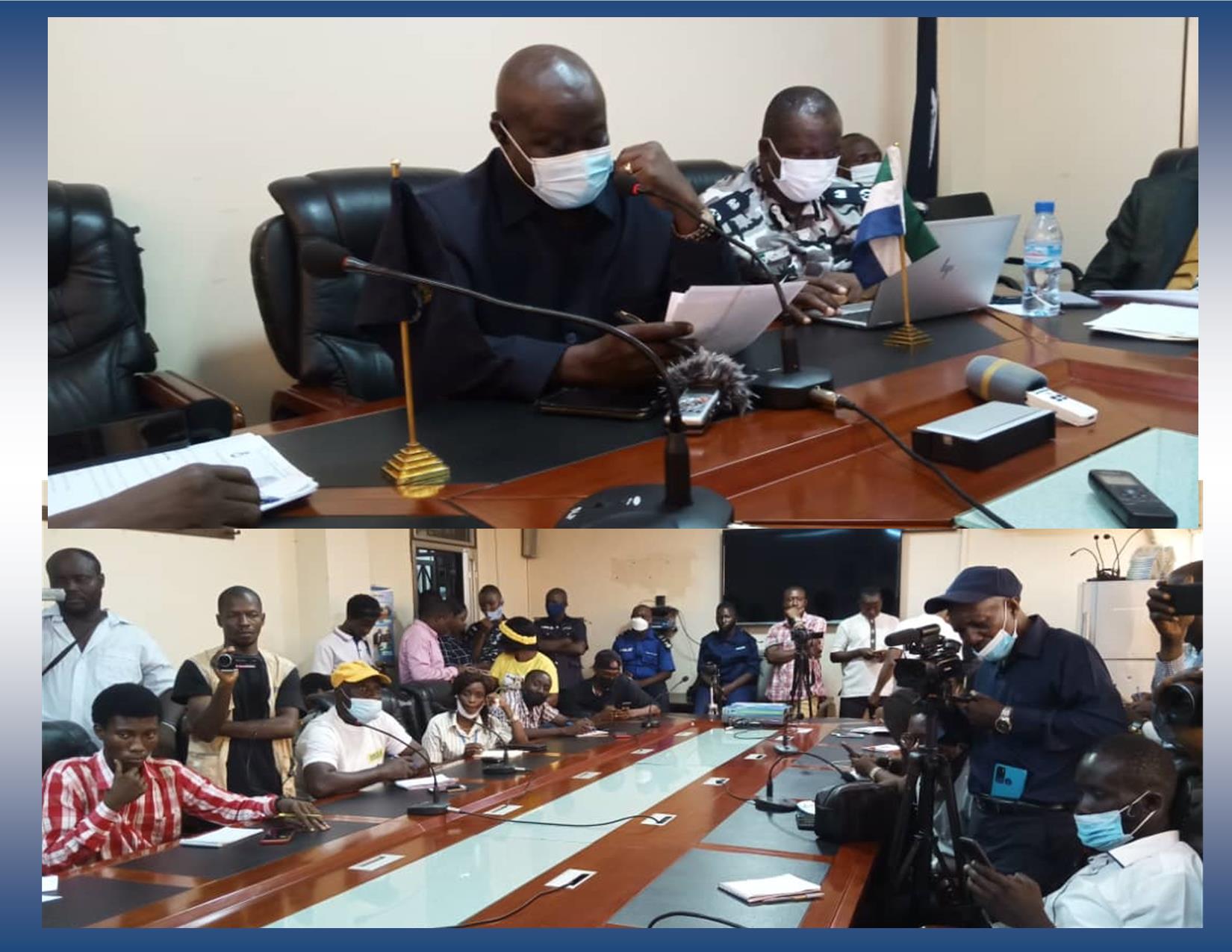 Police Headquarters, George Street Freetown, Thursday 28 October, 2022 Director of Crime Services, Assistant Inspector General of Police (AIG), William Fayia Sellu has bragged that the Sierra Leone Police (SLP) remain the only Institution in the country that has a disciplinary regulations passed in Parliament to regulate the conduct of it members.

He there emphasis that the force does not compromise issues of indiscipline.

He went on to informed news men that the formal Officer Commanding (OC) at the Zimmi Police Post Assistant Superintendent of Police (ASP) Francis Musa Foday who’s video went viral insulting and slapping an NRA officer is been withdraw, suspended and placed on investigations.

He disclosed that ASP Foday is on a double prong investigations including lack in Civility and Criminal offence.

He continued that after the administrative investigations, ASP Francis Musa Foday will also be investigated for assault which he said is a criminal offence.

AIG Sellu stated that lack of civility in the 2001 Police Order and Discipline code is a very serious offence.

All police documents he said have been retrieve from him and ordered to report at the Regional Headquarters of South on a daily basis with investigations ongoing.

In another development, the force he said is on security assessment ahead of the November 7 2021 by-election in Sandor Chiefdom, Kono District, which will help and guide them on deployment.

On the alarming spate of alleged kidnapping, the Crime Director explained that they have never record a single case of kidnapping.

“This alarming spate of kidnapping is just a social media propaganda orchestrated by some unpatriotic Sierra Leoneans to paint the country in bad image for reason best known to them.” said AIG Sellu.

SLP SETS TO GET CENTRAL MOSQUE