PUTTING AND END TO IMPUNITY, IGP ASSURES UNDER SECRETARY GENERAL OF THE RESIDUAL COURT FOR SIERRA LEONE 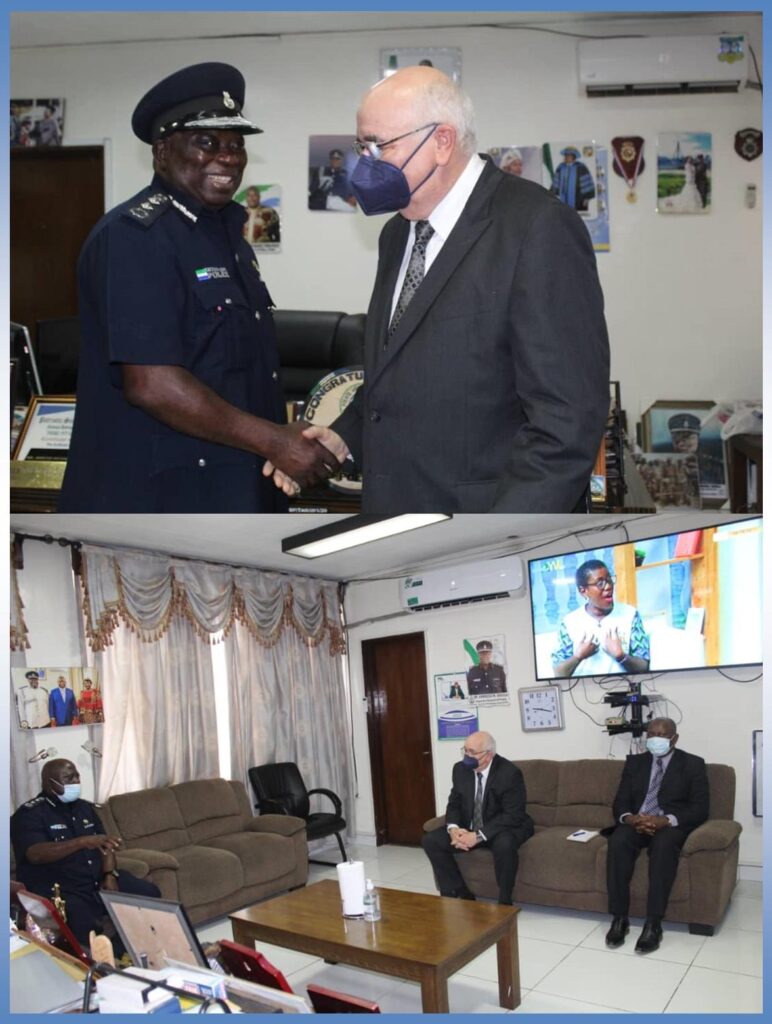 PUTTING AND END TO IMPUNITY, IGP ASSURES UNDER SECRETARY GENERAL OF THE RESIDUAL COURT FOR SIERRA LEONE

The Inspector General of Police (IGP) Dr. Ambrose Michael Sovula, has assured the Under Secretary General of the Residual Court for Sierra Leone, James C Johnson and his team that the Sierra Leone Police (SLP) will continue to work with partners to end impunity.

According to the IGP, the creation of the Special Court was to set precedent and uphold the principle of justice for people who would want to revert to the things we went through during our 11 years civil war.

Such people he said would fall back and say to themselves this was what happened to us when we attempted what were not accepted.

“Personally, I am delighted and fulfilled on your enduring effort to make a follow up on the safety and security of witnesses who provided evidence(s) for the success of the Special Court” he said.

The Under Secretary General commended the SLP for its support to the Court for security and witness protection services since its inception in the country.

They also commended the SLP for thorough follow up and effective outreach education to the general public on the reintegration and resettlement of released convicts who have completed their jail terms in Rwanda to their various communities in Sierra Leone.

He however expressed mixed feelings over information of Johnny Paul Koroma being alive or dead.

Johnny Paul Koroma he said is the only suspect who ran away from prosecution.

He disclosed that they have built a WAR Museum at the Residual Court Premises and an invitation has been extended to the IGP for a visit to the War Museum for a symbolic ceremony in the not too distant future.