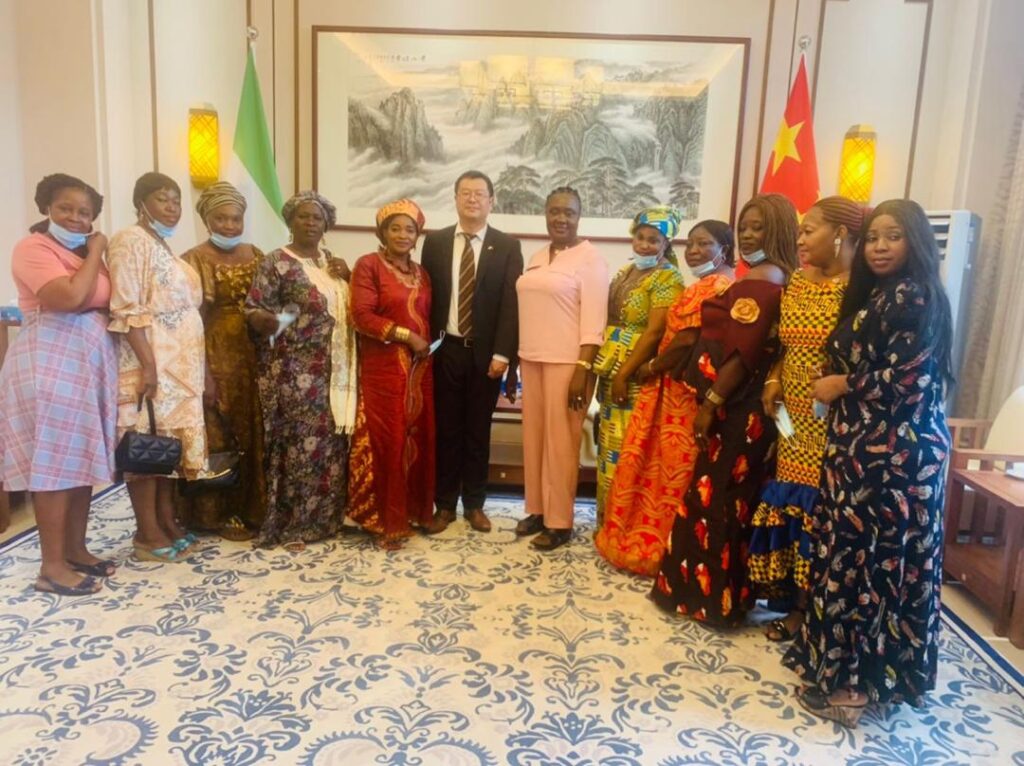 A forward-thinking leader most times identify felt needs of its membership and the organization itself. This is true of the President of the Police Wives Association, Mrs. Maltida Doris Sellu.

Upon her assumption of office, her first task was the visitation to all Police Divisions and Barracks throughout the length and breadth of the country. The motive was to meet the membership and identify constraints and challenges, which she did with her Executive, and catalogued same for possible solutions to the most pressing ones.

It was against this backdrop, that on Tuesday October 11, 2022, that she led a high-powered Executive members to the Acting Chinese Ambassador to Sierra Leone – Li Xiaoyong at his Embassy’s residence at Spur Loop, in Freetown.

The Ambassador wholeheartedly welcomed Mrs. Sellu and entourage and together had fruitful deliberations. The key issues discussed were those that were identified during her tour, and amongst which are:

Water facility; medical; setting up of vocational training centers countrywide; and accommodations for police personnel and their dependants.

The Police Wives’ President expressed gratitude to the Ambassador (past and present), for the support the Association had received and still receiving.

Responding, the Ambassador appreciated the visit and referred to the Police Wives Association as a very important entity, that equally contributes to peace and security. He therefore saw them as equal partners in development. While plausibly responding to highlighted issues, he was delightful and expressed candid interest to work with the Association.

Madam Fatu Florence Kamara, the Publicity Officer of the Association also spoke supportively of the concerns and issues proffered by the Association’s President.

Presentation of Magazines to the Ambassador of the Association’s catalogued constraints and felt needs, formed part of the visit.