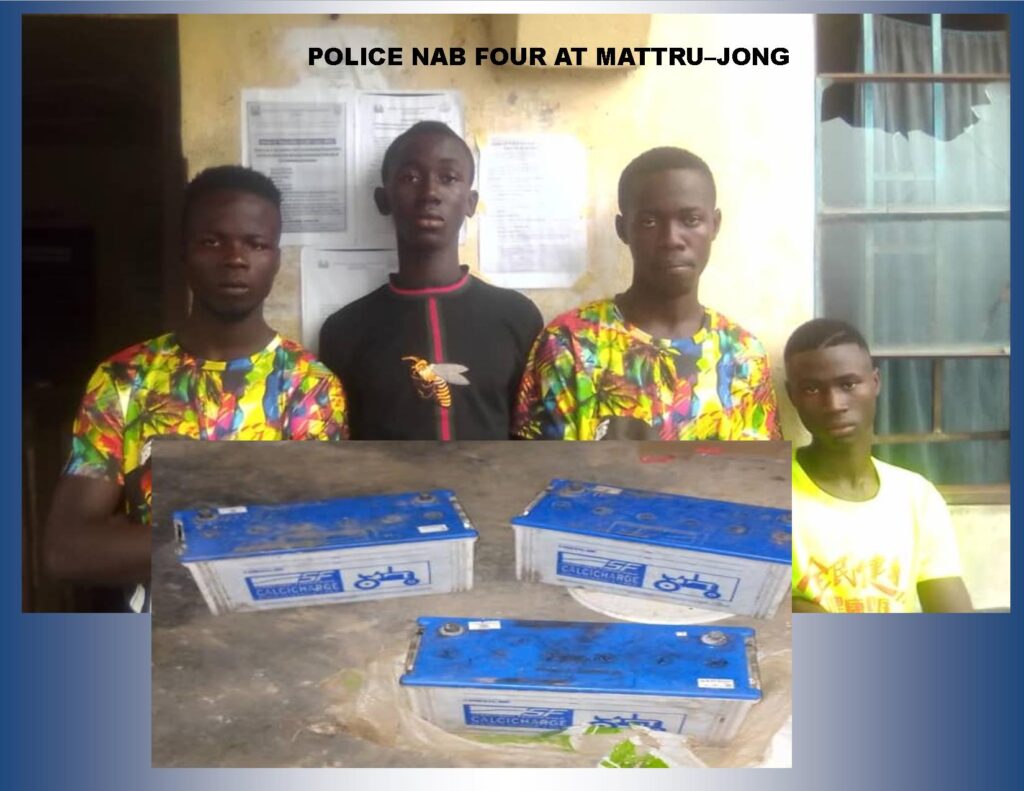 These men were arrested on Friday 23rd July, 2021 by the Sierra Leone Police, with a quantum of batteries suspected to have been stolen from agricultural tractors in Torma Bum, Mattru-Jong Southern Region of Sierra Leone.

As part of the food security programme initiated by the government of Sierra Leone, some tractors were sent to that region to complement the value chain Agro Estate Rice Project.

According to the Regional Police Commander Southern Region, AIG Aiah Edward Samadia, the suspects are in custody helping the Police with the investigation.