NIC PROPOSES RENEWAL OF COMMITMENT WITH THE SLP 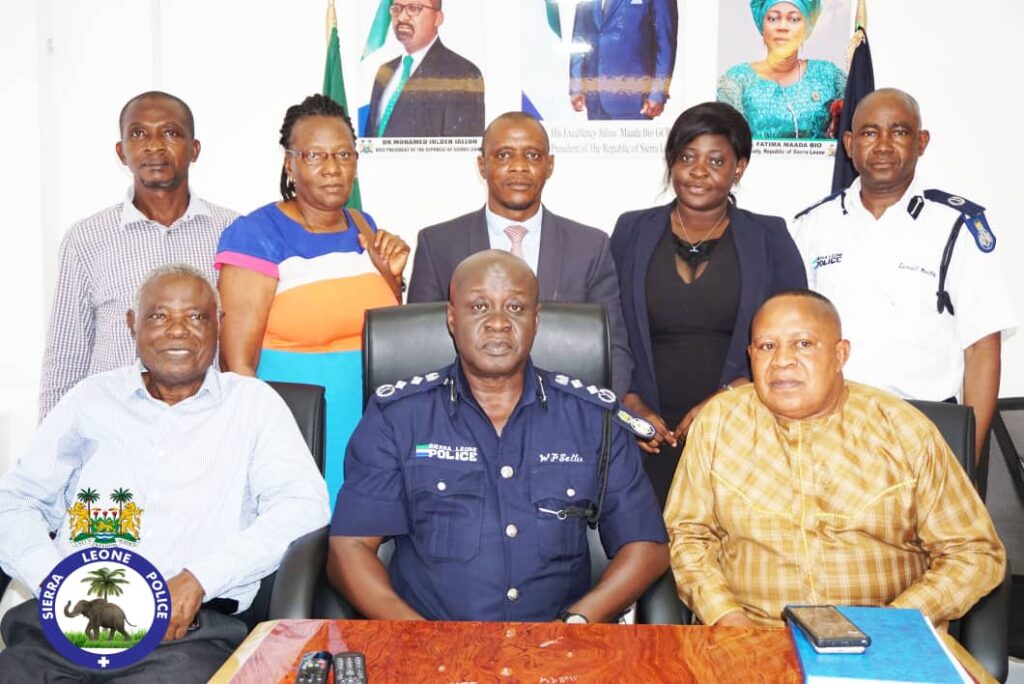 It is paramount that many people of working age plan well for their retirement. Some or most do so by taking up insurance schemes. Personnel of the Sierra Leone Police are no exception.

Available records within the SLP show that personnel are operating different insurance schemes, of which the National Insurance Company (NIC) is among.

The NIC Life Insurance Policy was the first to be introduced in the SLP, dating back to around 2004.

The Scheme initially proved worthy of its purpose, especially in addressing death bonuses and retirements.

As the number of personnel grew in the Scheme, it became fraught with problems which include the unenviable late payment of claims.

Against this backdrop, Management in its quest to seek the welfare of personnel had had intermittent discussions with the management of NIC, with the view to working out a viable path that could be mutually beneficial.

There is no denying the fact that amid this imbroglio, some personnel opted out of the Scheme and many others are showing the same signs of opting out.

Given the above, some senior officials of the National Insurance Company (NIC) and the Universal Brokerage Services (UBS) on Tuesday 20th September 2022, paid a courtesy call on the Inspector General of Police, Mr. William Fayia Sellu, at his George Street office, in Freetown, with the view to cementing a good working relationship with the SLP’s Management and the survivability of the Insurance Scheme.

The Managing Director of NIC, Mr. Abdul Kargbo in his opening statement, congratulated the Inspector General of Police on his appointment and quickly briefed the IGP on the strained relationship between SLP personnel and the NIC Insurance Scheme.

He highlighted a few of the challenges, which he said, led to the Company not being able to smoothly honour its obligations.

Amongst the challenges he highlighted were:

👉 The outbreak of the COVID-19

He noted that these challenging circumstances put them in a position where they were still not being able to fully meet their obligations, as per the provisions of the Scheme. Ultimately, he said, some personnel of the SLP had withdrawn from the Scheme and many more are heading in that direction.

In response, the IGP thanked them for the visit, which he described as special. He equally acknowledged the problems between NIC and Police personnel, in respect of the Scheme.

Mr. William Fayia Sellu stated that as an organization that seeks the welfare of its personnel, the subsisting issue between NIC and personnel of the SLP is indeed a cause for concern.

He stressed the fact that the SLP has been fully honouring its commitment to the Scheme by deducting personnel’s contributions from the source.

He however questioned NIC’s excuse of the emergence of COVID-19 to be the inhibiting factor that is responsible for them not meeting their part of the contract.

IGP Sellu was very categorical that personnel joined the Scheme for the red days. But, with the lack of retirement benefits thereof, and other related problems on the part of NIC, he was honest to state that he saw no reason to have personnel stay in the Scheme.

He however promised that given the fact that some senior officials still see the Scheme viable and therefore want it to continue, he would then take up the issue with Management, for discussion; to address issues related to payment of backlogs, and other related matters.

He encouraged NIC to work with the focal person in the SLP (AIG Patrick Johnson).

Mr. Benedict Robbin, the Technical Manager of NIC, gave a brief update on how NIC has been embarking on personnel engagements and sensitizations country-wide, on the scheme’s benefits, challenges, and updating of forms. Adding, that there are plans to continue on such a path.

He however assured the IGP of increasing their service delivery for the benefit of Police personnel on the Scheme.