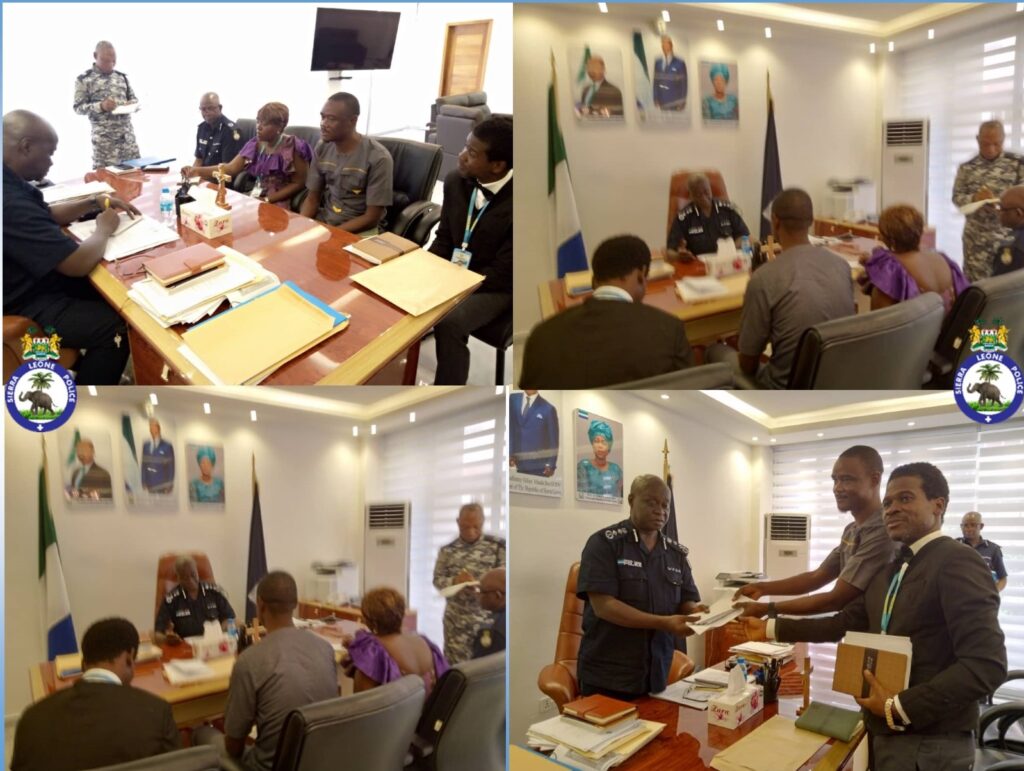 According to Mr. Bangalie Esq, the National Water Resources Management Agency was established by an act of Parliament in 2016, with the responsibility to protect all water resources in the country, and to ensure that people who want to extract water are being regulated in accordance with the law.

The DG noted that a few months ago, the Parliament of Sierra Leone certified four more regulations, but enforcing these regulations had been a challenge. “If we want to enhance the effective implementation of these regulations, it is a must that we collaborate with the Police”, Mr. Bangalie said.

He further said that other reasons for their visit was to inform the Inspector General of Police about the establishment of the Agency and its core mandates to solicit support from the SLP. He then proposes the signing of a Memorandum of Understanding (MoU) between the two institutions for an effective working collaboration.

While responding, IGP Sellu welcomed the Director General and team and thanked them for recognizing him.

He reiterated that one of the core functions of the SLP is to enforce the law and to provide an enabling environment for other Agencies or MDAs to operate in line with the laws of our country.

He reassured the team of his fullest support and encouraged them to draft the MoU so that the SLP legal team would look into its contents for legal issues.

Mr. Sellu entreated the Director General of National Water Resources to inform him about their movement to the provinces so that he could easily inform the Regional Police Commanders to assist them with the necessary support that would enable them to carry out their stipulated mandates.

Climaxing the meeting, was the handing over of the National Water Resources Management Agency regulations to the Inspector General of Police for onward actions.