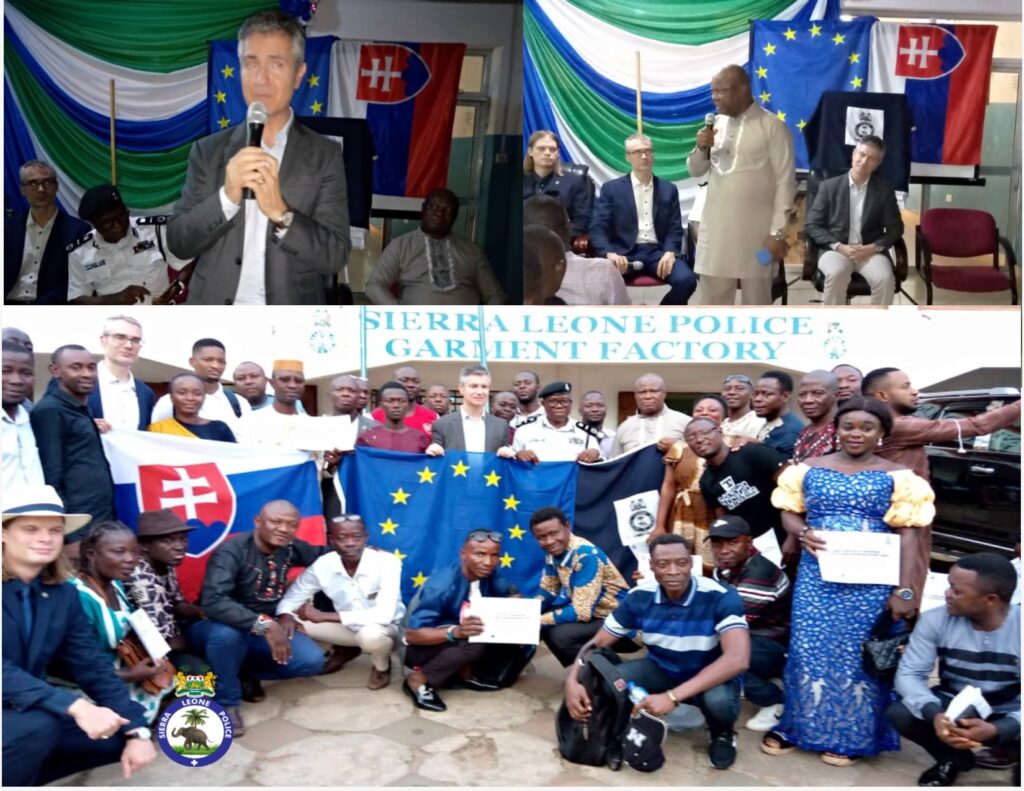 Constant training awakens the brain and that translates to high standard of performance and effective service delivery.

The Sierra Leone Police thrives on multi-agency collaboration in achieving its core mandate of crime prevention and detection, among others. Of recent, it (SLP) forged a mutually beneficial and collaborative partnership with the European Union and that had culminated to support for the SLP’s vision.

As part of their support to the Sierra Leone Police, the European Union funded a three-day training on “EUROPEAN PRACTICES ON COUNTERING DISINFORMATION WHILE PROMOTING HUMAN RIGHTS”

At the event marking the end of the training, the EU Deputy Head of Delegation, Juan Antonio Frutos, thanked the Inspector General of Police, Mr. William Fayia Sellu for the cooperation and ensuring that the training was achieved by the provision of the required and a conducive training facility. He stressed the importance of the training to security personnel, and noted that, ‘respect for human rights, freedom of speech and security, is part of the values we share’.

The EU Representative assured the SLP that they will continue to support personnel’s capacity, so as as to improve on their effective service delivery, track and trace disinformation issues, investigate and prosecute perpetrators. He concluded by showering praises on the participants for their exemplary and impressive performance during the training. He called on them to replicate the knowledge gained in the workplace.

As representative of the Inspector General, the Director of Training – AIG Sylvester Koroma conveyed apologies for the unavoidable absence of the IGP and delivered his expressed gratitude to the EU for the training – a core value of the SLP.

On his part, AIG Koroma thanked the EU, its Representative and the trainers, for such a timely, appropriate and laudable moment in the SLP’s history; noting, that the training came at a better time that it was most needed by the SLP. He appealed to the EU and Trainers to make available the course content of the training package to the Training Directorate, so that it could be replicated to local content and used for future training in the SLP.

On a final note, the Director of Training reiterated that the participants must count themselves lucky to have been chosen to attend the training and called on them to be worthy ambassadors to cascade the knowledge gained to other colleagues who were not opportune to attend the course.

The Director of the Integrated Intelligence Services – AIG Thomas M. Lahai also expressed similar sentiments and promised to explore more opportunities for the capacitation of personnel, in line with the vision of the Inspector General of Police.

Distribution of certificates to participants climaxed the ceremony.