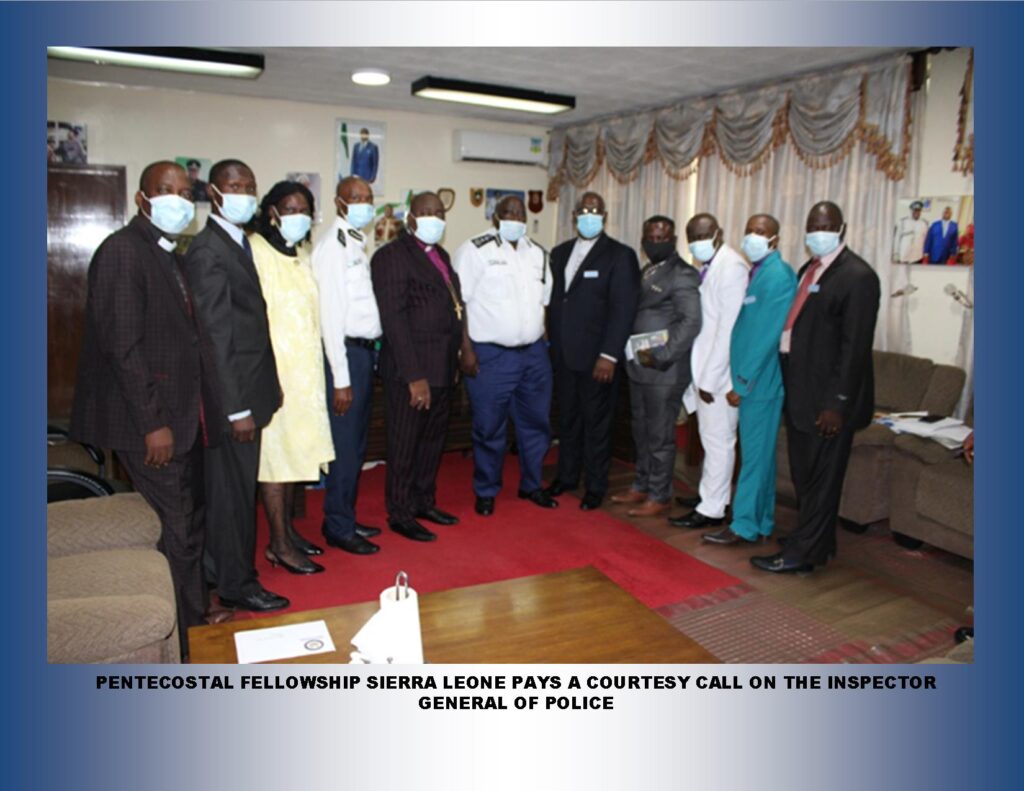 The Pentecostal Fellowship Sierra Leone (PFSL) on Thursday 17th December, 2020, pays a courtesy call on the Inspector General of Police (IGP) –Mr. Ambrose Michael Sovula at his George Street Office in Freetown. Speaking on behalf of the Fellowship, the newly elected President – Bishop Akintayo Sam-Jolly said that they were visiting the IGP in order to pray for him and to also invoke God’s blessing and protection as he sets out to discharge his duties as Inspector General. He praised the IGP for the marvelous strides he has made in maintaining safety and security since his assumption to office; proposing that the Fellowship looks forward to having greater collaboration with the Sierra Leone Police (SLP).

Bishop Sam-Jolly used the occasion to introduce the new executive members of PFSL and expressed his commitment on behalf of the new executive to work with other religious bodies to advance and sustain the peace in Sierra Leone.

Responding, the IGP informed his guests that the SLP practices community-based policing but that it juxtaposes it with what he called ‘spirit-led policing.’ Jokingly, he said that some offences we see committed in the physical could probably have been planned in the spiritual realm; hence the need for the SLP to always embrace religion as part of policing.

He welcomed the new executive and pledged his commitment to work and support PFSL and other religious bodies in Sierra Leone. Climaxing the occasion was prayer of God’s guidance and protection for the Inspector General of Police.