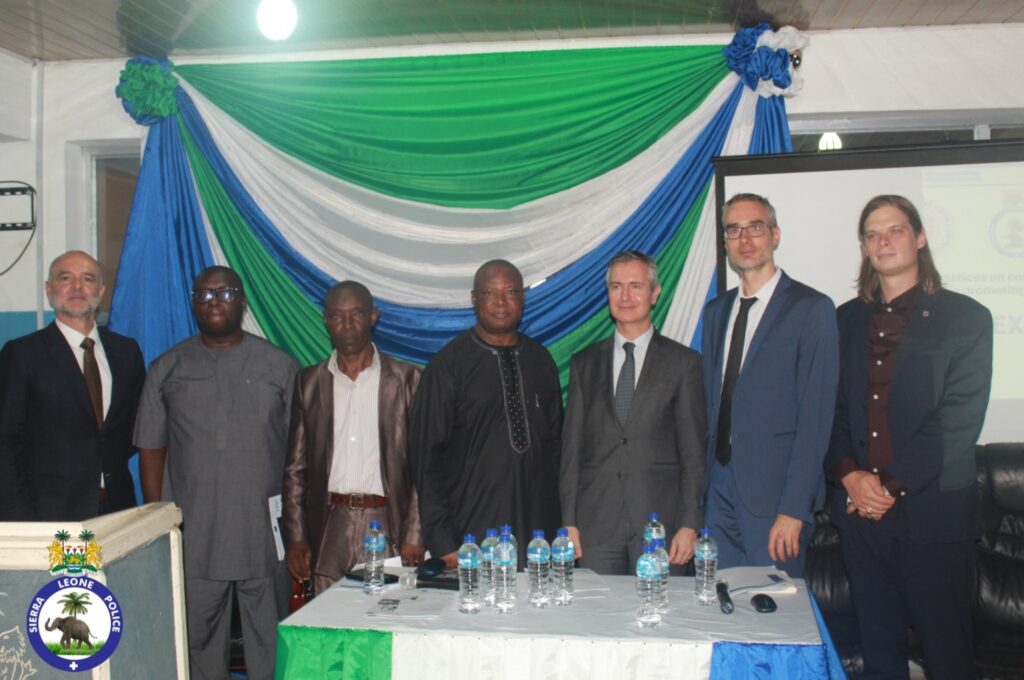 While dilating on the relevance of the training, the Director of the Integrated Intelligence Service (IIS) –SLP, AIG Thomas Mustapha Lahai recalled that during the restructuring of the SLP in 1999, the SLP promised the people that they would operate on intelligence led policing and that his Directorate has been working extremely hard towards fulfilling that promise.

Mr. Lahai maintained that the Sierra Leone intelligence agencies have been working towards fulfilling their constitutional mandate, which is to gather intelligence, process it and utilize it for the safety and security of our nation. He assured the European Union (EU) which is the official sponsor of the training that their effort to capacitate the security apparatus of our nation would not go in vain. He promised to utilise the knowledge that would be acquired from the training for not only Sierra Leone, but the world at large.

Speaking on behalf of the EU, the EU Deputy Ambassador to Sierra Leone, His Excellency Juan Antonio said that the purpose for which the EU is embarking on such training is to enable them share information on Europe’s best practices so that security agencies would be able to access information, process it and then operate on that information with a human right approach. He pledged his support to Sierra Leone on behalf of the EU: “we will always be committed to supporting Sierra Leone”, He concluded.

Also present was the Deputy Director General of the Central Intelligence Security Unit (CISU), Mr. Lavahun. He expressed his profound thanks and appreciation to EU and added that the training was timely because the prevalence of social media and its misuse in Sierra Leone is an issue and a key national security threat. He urged the training participants to be very attentive to acquire the knowledge that would be imparted on them; as it would be very relevant to the country’s security, especially at a time like this that people would use social media to damage the reputation of reputable people in society.

The CISU’s Deputy Director General also noted that the training will be relevant to the conduct of the forthcoming elections in 2023.

Mr. Lavahun concluded by saying that the issue of misinformation and disinformation on social media is affecting governance, and that it is the more reason trainees must pay attention to the training in order to be able to counter misuse and abuse of social media that is detrimental to the safety and security of the state.