THE SLP IS FAR AHEAD OF CRIMINALS

THE SLP IS FAR AHEAD OF CRIMINALS

He noted that the SLP has recently embarked on proactive measures which have resulted in several discoveries and arrest of criminals across the country. Mr. Mannah assured the Public that the SLP will not relent even if the crime rate reduces to a level it is no longer recognized. He highlighted that 4,725 shot gun cartridges were recently arrested at Mile 91. Two suspects have been arrested charged to court. Again Gbalamuya the crossing point between Sierra Leone and Guinea boarder, 10,000 cartridges were arrested and the matter is under investigation. He also disclosed that on the 29th July 2021, a large quantity of military uniforms were arrested at 41 Percival Street in central Freetown, with 6 people already in Police custody helping with the investigations.

A large quantity of dried leaves suspected or perceived to be drugs were intercepted and arrested at the Queen Elizabeth II Quay at Cline Town in the East End of Freetown, noting that the substance has been taken for forensic test to ascertain its drugs component and validity for onward legal proceedings.

With a view to capacitating Police Officers to be more robust and effective in the discharge of their duties, the Inspector General of Police (IGP) Dr. Ambrose Michael Sovula recently launched a Training of Trainer’s (TOT) course for 35 Senior Police Officers at the Sierra Leone Peacekeeping and Law Enforcement Academy (SILEA) at Hastings. Similar courses of such are ongoing across the country to help build on personnel output for an efficient service delivery.

AIG Mannah encouraged the general public, especially the Media, to relay to the Police, any information that could lead to the tracking on any person or group of persons that are suspected of being in unlawful, surreptitious and subversive activities. 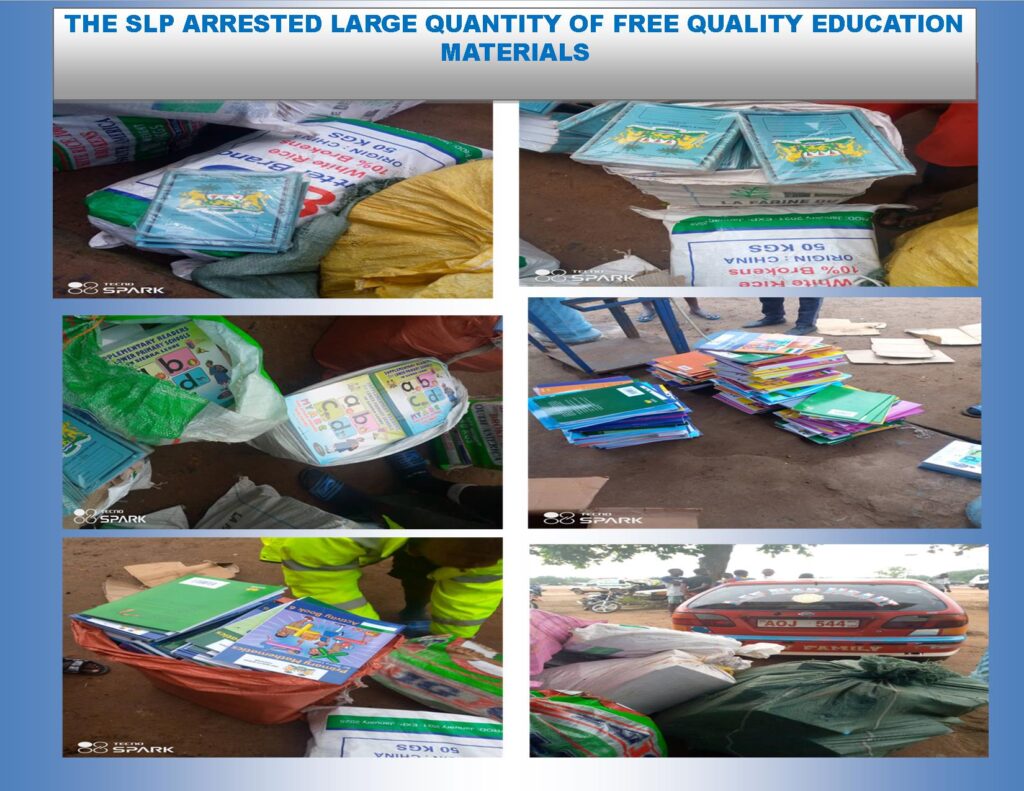 Demonstrating proactive and intelligence led policing, personnel at the mile- 38 check-point on Saturday 31st, July 2021 at 0620 hours, arrested one Ishmael Kamara of Old Road Mile 38, who was in control of a taxi with registration number AOJ-544 Nissan.

Two suspects including the driver are in Police custody the matter is under investigations.