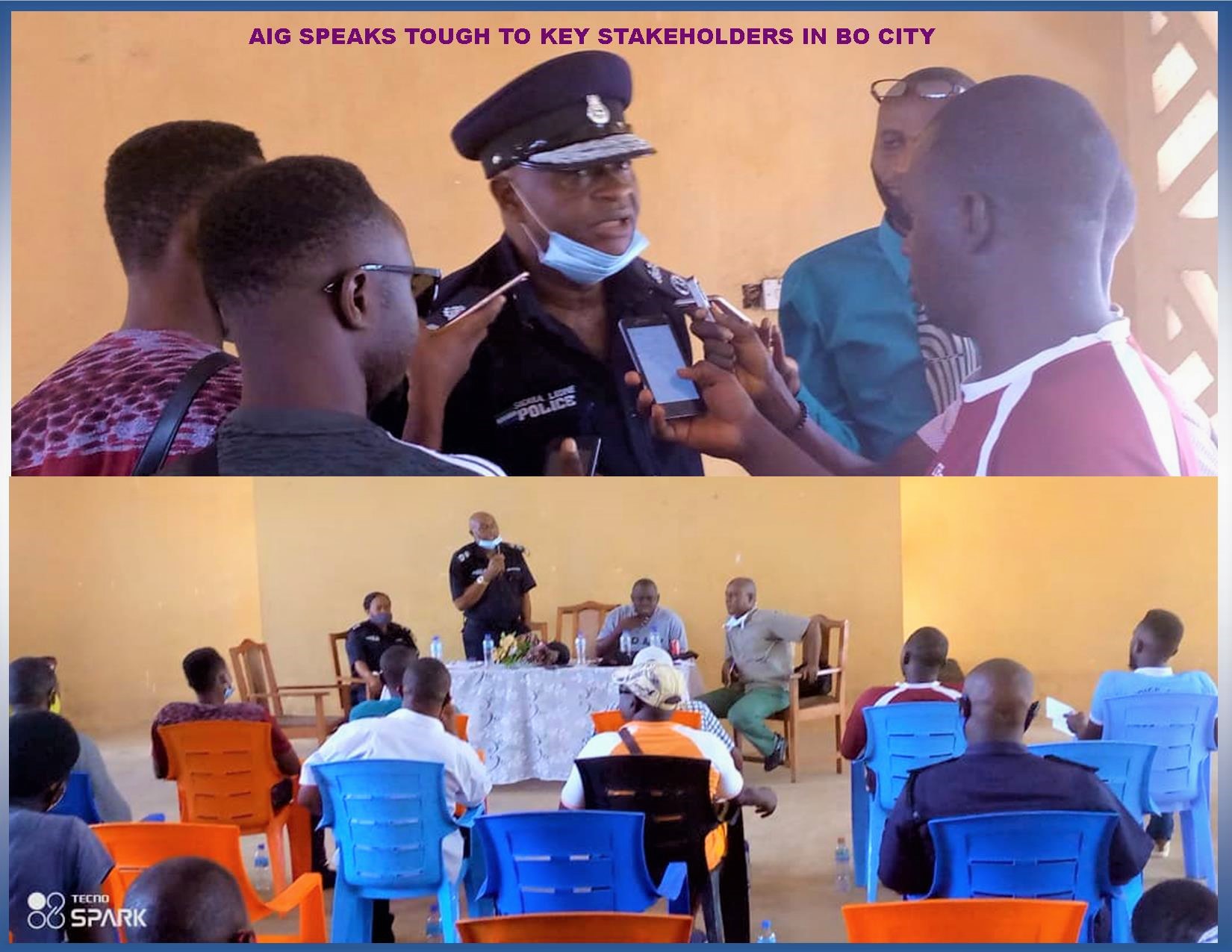 In an effort to fight Crime and create an enabling synergy between the Police and the community, the Regional Police Commander South, AIG Aiah Edward Samadia has on Saturday 21st August 2021, engaged stakeholders in the transport sectors in Bo City.

The Regional Police Commander South use this approach mechanism to highlight the lawlessness and indiscipline amongst the Commercial Motor bike riders, Keke Riders and Drives which has been a concerned from the general public.

On this note, he decided to engage the transport sectors in a bid to draw their attention to the spate of lawlessness among their membership.

The head of Road Safety Corps and the Traffic boss categorically highlighted the issues of overloading, reckless behavior and other related Traffic Offences which has been a menace amongst bike Riders, Drivers and Keke Riders in Bo City and its environs.

However, parties concern recognized their faults and promised to cascade these concerns to their general membership for them to stop forthwith before the Regional Police Commander commence his intended operations.

The 5th Infantry Brigade Commander south, Brigadier General A.B Conteh and the Regional Security Coordinator South urged all transport sectors to operate and work within the confines of the law. Bike riders and Drivers are key in the spheres of development.

They pleaded with all and sundry to behave in the best possible manner to curtail lawlessness among their membership.

Meanwhile, the Regional Police Commander AIG Aiah Edward Samadia was very firm on the spate of lawlessness among transport sectors and cautioned them to stop henceforth, otherwise he had no alternative but to wage war on them.

He warned the executive of the bike riders union to stop erecting road blocks when collecting tickets fines.

The engagement was fruitful as all parties recognized their faults and promised to change the negative narrative.

THE CANADIAN HIGH COMMISSIONER ENGAGES THE INSPECTOR GENERAL OF POLICE